8 Ways to Avoid Sleepiness while Studying 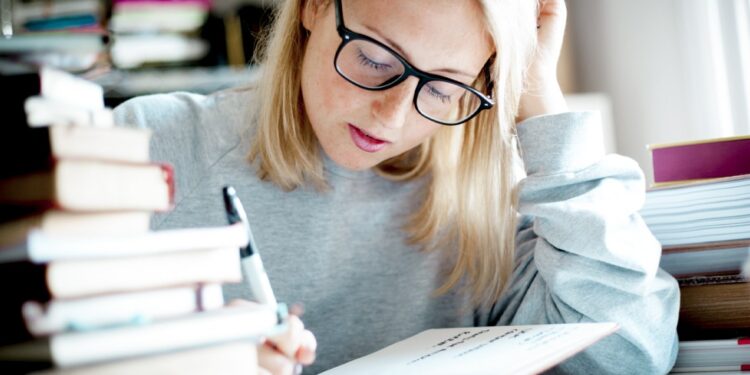 This primarily happens due to the inadequate sleep of students. Besides, students are engaged in so many works, that they won’t find enough time to get a sound sleep. Getting a night of sound sleep is indeed necessary, But if you still find yourself getting encircled by this problem, here are 8 ways for you how to avoid sleepiness while studying.

The greatest way to avoid sleepiness during your study time is to keep moving. Initiating body movements is likely to keep you awake while staying still at a particular move is likely to make you feel sleepy. Doing body movements means your muscles are actively working and staying still will devoid your body of any work and sleepiness will come eventually. For example, if you’re studying something from a course selling website, you can study while roaming around and walking, which will take you away from sleepiness.

One thing you should always do is to study in front of bright light. Bright light will make your brain active and you’ll be able to study well, and on the other hand, lack of light or dim light will affect your eyes, and sleepiness will be a common factor in that case. Though this can also be the case where a person can fall asleep in a lightened room, and stays awake in a dark room. But in most cases, the opposite happens. Research has also proven that the protein inside our body becomes activated when we’re exposed to light.

Suppose if you’re reading something from an online course selling platform, learn it by sitting upright. Though people try to get themselves comfortable when studying but sometimes it won’t help them in staying awake. When you lie down, your parasympathetic nervous system gets activated whose function is to rest and digest. On the other hand, sitting upright will activate your sympathetic nervous system which is responsible for making someone alert. Hence always try to sit straight and avoid lying down unless you’re very tired of your whole day’s work.

Avoid Studying in a bedroom

Another precaution you must take to avoid sleepiness while studying is avoiding bedrooms. When it comes to studying, then it is best that you don’t go to a place where you usually sleep, else you might feel drowsy. If it is possible then study in a place like a library, or in your drawing room, but stay away from your bedroom, which works as a major factor in the sleepiness of people. When you solely separate your studying and sleep areas, then your brain will also work effectively both at the time of studying and sleeping.

Drinking water as well as eating well is necessary to keep sleepiness away while studying. Fatigue or sleepiness is a sign of dehydration many times. Besides draining your energy, it might disrupt your cognitive functions, for which you won’t be able to study well. On the other hand, not eating well will bring down your energy levels, and eventually, you’ll fall asleep. Though you don’t have to eat too much, eat at the level as your stomach gets satisfied and you won’t fall from energy, else you’ll get drowsy from weakness.

Have a quality sleep

The best way to avoid sleepiness while studying is to have a sound and adequate sleep at night. Students don’t sleep properly at night and they often go to bed late or rise early, which results in inadequate sleep. Inadequate sleep in a person will certainly lead them to feel drowsy and they might fall asleep after some time again. Hence to avoid this, have 8 hours of sleep every day, and you might not feel sleepy if you have that.