Home » The First Ever Idea Of Branding, Gifts In Cereal Boxes

The First Ever Idea Of Branding, Gifts In Cereal Boxes 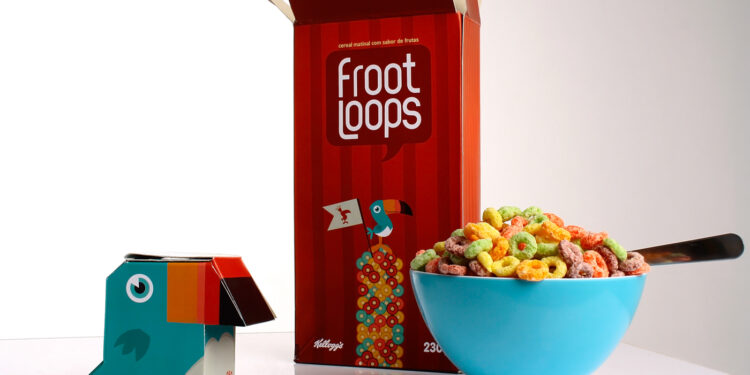 Your cereal box gifts grow with you. A nostalgic look back at your favorite childhood breakfast.

Everyone enjoys cereal. Who doesn’t?

From Frosted Flakes to Honey Nut Cheerios, we’ve all spent most of our childhoods munching on cereal in the morning.

It was nearly a daily ritual in our life; a must-do ritual to get the day started correctly. It gave us the much-needed sugar boost we needed to push through the dullness of our school courses.

Nothing rounded off this cornflake-crunching routine like discovering the tiny treasure at the bottom of the box — the classic plastic reward trinket that came with every cereal.

You are sure to find this prized reward at the bottom of individual cereal boxes bulk provided with joyful childhood memories. Choosing the right cereal while strolling the aisles was a delightful skill that had to be practiced to the maximum, especially on grocery shopping days.

If you choose the incorrect cereal, you can wind up with a crappy gift that you’ll never use. Choose wisely, and you might be on your way to Cereal Memorabilia.

The flavor of the cereal was secondary to the reward, and what cereal was purchased was determined by how hard we pleaded with our parents to buy it.

While these rewards often had little inherent worth, it is not a stretch to suggest that they were an effective marketing technique that drove a significant portion of sales to cereal companies that featured them.

You might not believe it, but this habit extends back more than a century — and it all started with the cereal packaging of Kellogg’s.

A Storybook Was The First-Ever Cereal Box Prize

When Kellogg’s Corn Flakes became a cereal industry success, the business chose to invest in improving the morning experience for its young clients.

So they thought outside the box and came up with something entirely unprecedented in the industry at the time: they included a redeemable reward system with their cereal.

This gift, however, was not like the hefty figures encased in plastic that we see everywhere nowadays. They weren’t even in the cereal box.

This was the actual mechanism: cereal fans could redeem an exclusive copy of “The Funny Jungleland Moving Pictures Book” with every purchase of two or more personalized cereal boxes of Kellogg’s Corn Flakes.

The offer was initially free, and the public response was enormous. Kellogg’s ultimately changed it to a mail-in return offer, charging a penny for each book.

Despite the fact that Kellogg’s invented the first cereal box reward, several firms were unable to match that degree of investment in their own cereal lines.

Producing a reward like “The Funny Jungleland Moving Pictures Book” in volume would be prohibitively expensive, not to mention the lengthy production schedules associated with book manufacture.

It was also a high-risk marketing plan. Many businesses believed that it might be a hit or miss, depending on the reward they designed. So, they thought of some rewards inside the single serving cereal boxes with the printed hit of a gift inside.

In other words, the first reward was still a long way from the mass-produced small trinkets found in today’s cereal boxes.

That concludes the riddle of the cereal box prize’s beginnings. There is something to believe that people buy what they see and what gives to them in return, whether the aesthetic beauty or some gifts, but it is to believe it gives excellent insight into how a single brilliant concept can transform an entire business.

Here’s the important point: Great intentions lead to successful marketing concepts. Kellogg was unafraid to be the first to incorporate a reward in the box in order to bring extra value to their youthful audience. It was unquestionably a risk, but it paid off.

Fast forward several decades, and there was hardly a cereal box in the aisles that did not come with a free toy. Sure, they’re more carefully controlled nowadays (due to children inadvertently eating the little toys and waste concerns), but it’s still an important historical aspect of marketing the original cereal box. The idea was conventional and also a risk to take, but the legends of marketing did it with their First Ever Idea Of Branding, Gift In Cereal Boxes.