Home » The Latest PS5 Games to Look Forward to

The Latest PS5 Games to Look Forward to 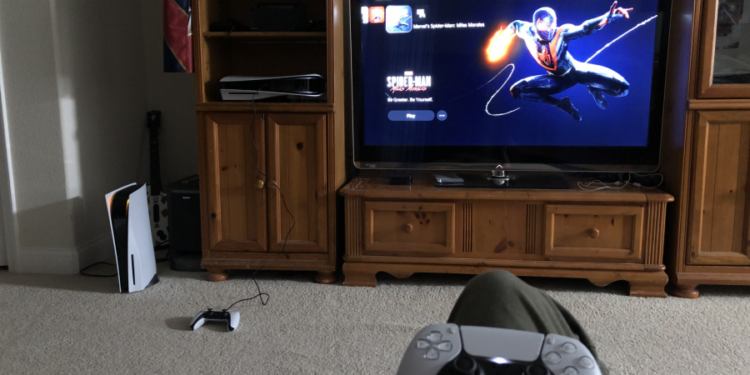 Gaming consoles just keep getting better and better and the new PS5 might be the best of them all. After a long wait after the PS4, this new console was like a breath of fresh air for the gaming industry. From serious gamers to casual ones, everyone wants to get their hands on the new gaming console.

The most popular games like Fortnite and Call of Duty are first-person shooting and online. So, it is safe to assume that most new games will also require an internet connection. Getting a reliable package isn’t difficult or expensive with affordable Spectrum Charter prices and many bundle deals. So, make sure you upgrade your internet connection along with your console for much smoother gameplay.

Here are some of the most exciting new game releases for 2022.

This BlueTwelve Studio game will be released in July and might be one of the most exciting releases of the year. In this adventure game, you will transform into a cat that is exploring a world full of robots. The game is all about amazing camera angles as you explore the world as a feline. You can stare down from rooftops, sneak around cafes, camp under cars, and so much more. The strange game will give you a new perspective with stunning graphics that you will remember for a while.

When SEGA pairs up with Two Point Studios, you just know that the game is set to be an absolute banger. The PS5 console offers 4K quality and all the new games are taking full advantage of it. Two Point Campus is all set to release in August of 2022 and many SEGA fans are eagerly awaiting the release. The gameplay is complicated as you are running an entire campus on your own. Restaurants, cafes, and hospitals are so 2020. You get to control an entire campus full of students, teachers, and many fun activities. You will be responsible for caring for students on a personal basis and taking care of all classes and management of your college.

The game will be released in August and is a reboot of the Saints Row series. Koch Media is going all the way back with this reboot and gamers can already sense the awesomeness of the game. The promising release might be one of the most-awaited game releases of the year. Starting from the city of Santo Ileso, the game is about setting up a completely unique crime saga of your own. You get to decide what you do and how your crime gang is set up.

The game makes you the infamous Boss which is a completely customizable character. There are many previous Saints Row characters as well. However, most of the faces and names are new. The game has the uncanny feeling of a crime saga movie and you will have a lot of fun leading the gang.

OlliOlli World was a successful release from Roll7 last year so we can expect something even better this time. The game developer is releasing Rollerdrome in August and is partnering up with Private Division one more time. This is one of the most unique game premises that you will probably see this year. It combines their hit skating game template with a shooting game so that you can get the best of both worlds. The hybrid third-person shooter-skater is a high-stakes and high-pressure game where every second matters.

Another game from SEGA coming out in August this year is Soul Hackers 2. The game might turn out to be the most-awaited JRPG game in 2022. It is the sequel to the famous 1997 Sega Saturn classic Devil Summoner: Soul Hackers. The sequel is coming just in time as more gamers get their hands on the PS5 console after an early shortage due to high demand. The game went through a complete upgrade, however, as Atlus added their Press Turn system from Shin Megami Tensei games. You can play the game on PS4 and PS5 and the studio aims to bring a more neon and bright visual.

6: Lord of the Rings: Gollum

Daedalic Entertainment is the sole star for this one and is set to release it in September 2022. The game might be one of the most interesting in terms of gameplay and story-telling. It will be interesting to see how the studio has managed to set the right tone with the dual personalities of the main character. The main character starts off as a prisoner in one of the most guarded fortresses of Mordor but there is more to come. Eventually, the game will develop into a more sinister Middle-earth adventure with several storylines, varying quests, and cameos from many friendly faces.