Home » 10 Things You Need To Know Before Eating Gummy Bears

10 Things You Need To Know Before Eating Gummy Bears

by Admin
in Food
0 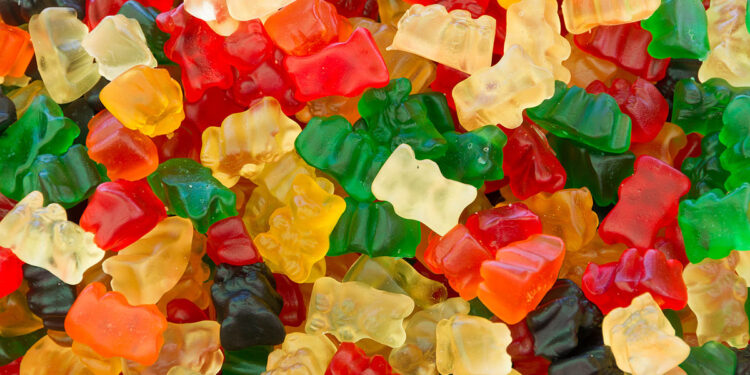 There are days in life when you just need a Reese’s or brownie to satisfy your sugar craving. Then there are the days when chocolate just won’t cut it—you need a good old-fashioned Gummy Bears to get you by. Though they have been around since you were a kid, there’s probably a ton you still don’t know about them.

1. There’s an Interesting Story Behind the Name

Back in 1920, Hans Riegl was a confectionary worker fed up with his job. He started toying around in the kitchen, making hard candies on a marble slab. When he nailed the recipe for a chewy candy, he created a new business that was named after the combination of his name and his hometown of Bonn, Germany. Hans Riegel Bonn = Haribo! His wife, Gertrud, was the first employee of the company (she would deliver the candies around on her bike), but by the 1940s, the company grew to more than 400 employees. After Riegel’s passing in 1945, his two sons, Hans Jr. and Paul took over.

2. They Were Originally Called “Dancing Bears”

In 1922, Riegel needed a unique idea to make his candies stand out. Thinking about how much kids loved chewy gelatin-based candies, Riegel decided to make a bear figure out of fruit gum, and coin it the “dancing bear,” according to Bon Appetit. These would later be known as the famous Gold-Bears we see today.

3. They Are Sold All Over The World

In America, we pick up a package of Gold-Bears, but Spanish-speaking countries purchase Ositos de Oro, the Polish munch on Zlote Maisie, and the Germans (where the candy is originally from) chew on Goldbären.

4. The Bears Even Had Their Cartoon

Bless the ’80s. The Adventures of the Gummi Bears premiered on NBC in 1985 and had a solid six-year run, which was Disney’s first major animated TV series and catapulted the Bears into the limelight.

I’m not sure if Hans would be proud of this adults-only take on his candy, but hey, gummy bears soaked in vodka have their cult following (and if you’re eating a handful anyway, might as well get a nice buzz from it, right?).

Just in case one or two of the little guys isn’t enough, feel free to tackle this 26-pound one, which contains a whopping 32,000 calories in total (and has a serving bowl built inside). You can snag it from here.

7. Americans Couldn’t Get Their Hands On Haribo Until 1982

When the brand finally opened its first company in Baltimore, MD. However, Haribo’s competition, Trolli (another German confectioner) introduced the gummy worm to the US a year prior.

8. They Can Replace Your Steak or Eggs

Okay, that might be a slight exaggeration. Or a total lie. But, gummy bears do have a little bit of protein and are fat-free! Plus, a 2008 study found that Xylitol-based gummies could be as effective as chewing Xylitol gum as a way to prevent cavities. (The research focused on 154 kids, so more tests are probably needed before we can officially make “A gummy a day keeps the dentist away” a thing.)

9. Don’t Judge A Bear By Its Color

Green gummy bears, which one would assume taste like apple (or watermelon, perhaps), are strawberry. And the white ones pineapple-flavored. So basically, everything you know is a lie.

10. They Make Some Dope Jewelry

Who needs diamonds and pearls when you have multicolored gelatinous, bear-shaped candy? There’s an entire Etsy page dedicated to jewelry made out of Haribo’s creation. And hey, if you wear it at least you can have something to eat when you get hungry. 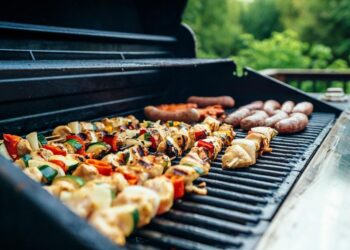