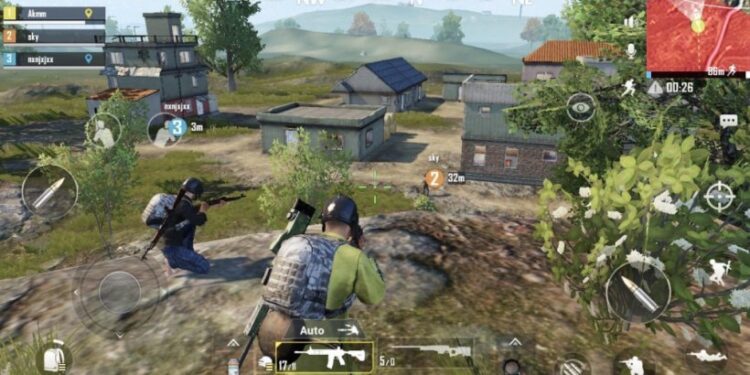 We have compiled a list of Top 6 Tips for PUBG beginners. After reading these PUBG tips and techniques, you will see an instant improvement in your game.

These pointers are mostly aimed at new players, as many of them are joining the game when it was made free to play a few weeks ago.

Because most of the players in the game are very capable and experienced, it can be a harrowing experience for newbies. With these basic tips and tricks, this tutorial will help new players learn the game.

If you are a fan of PUBG, then you must know that it is currently the most played game in the world. On top of that, the steady increase in the number of PUBG players day by day adds to its popularity.

Unlike the old times, now everyone owns high-end gadgets and high-speed internet, allowing people to access games like PUBG.

This has also increased the competition among gamers. In this article, you will learn about various tips and tricks that will help you become a Pubg pro player.

Here are 6 Tips for PUBG Beginners:

Sometimes, you will hear a plane flying according to your location. This plane will drop a supply crate full of rare items and gear, so watch out for them if you want to gear up.

Just keep in mind that other players nearby will also try for it, so fighting is probably inevitable. If you manage to reach the supply crate first, it’s a good idea to drop some smoke grenades around you before you start looting.

Clever players will hide somewhere nearby, wait for players to stand next to the supply drop, and then snipe them. Covering yourself in smoke will make it difficult for players to take advantage of you.

On public servers, you often have to loot long enough to get half a good amount of equipment, and loot locations vary greatly in terms of loot amount.

In competitive PUBG, of course, you want to make sure all teams have roughly equal opportunities so that loot increases significantly and everyone has a chance to get good gear quickly.

In Ranked Mode, you may have already noticed that the loot settings are much better, but in competitive PUBG, they are taking it up a notch.

This is one of my favorite ways to live longer. If you are able to enter a house that is located somewhere close to the center of the play zone, you should camp in it as far as possible.

The trick is to close the doors that lead to the outside, making it look like no one has entered the house. Then, position yourself in a place where you can certainly easily keep an eye on anyone entering the house.

Now, this isn’t a fun way to play, in fact, it’s really boring. But, it will keep you alive longer than running around like a chicken. And on the other hand, it really annoys and startles the players when you hit them like this.

4. Learn how all guns work

The next tip to get better at this game is to learn how guns work. You can’t call yourself a pro if you only know how to use M416 or AKM guns.

Yes, you can get a high kill game with this gun combo, but what if you have an M16A4 weapon in your inventory? Therefore, you need to know how to use all the guns effectively.

You’ll need to practice with each gun, especially in the early days of a new season when rankings don’t matter much and make sure you know the dynamics of all the different weapons in the game. You can preferably go to the training area to practice.

5. The World Gets Smaller

The funniest part of PUBG is that eventually, you start playing on a huge island with 100s of people running around. However, this area will keep pushing you closer to your enemies from time to time.

Three types of energy fields or circles will appear on your map. The white area indicates the forward playing area. After that, you will see a blue circle which will start to turn white. Your next move is to avoid the blue area, move to the white area, and try not to die.

If you stay in the blue circle for too long, you inflict a certain amount of damage and may even die soon. The last type of circle is red. The area is randomly covered with bombs, so there’s a high chance that you’ll be torn to pieces if you don’t leave the circle soon. Be sure to avoid this area.

6. Be Wise And Use Grenades

You need to use all possible possibilities to have an edge over the other players. Annihilating your enemy using weapons may not always work, so you’ll need to use grenades in some situations.

The best way for opponents to use grenades as shockers is to press them down and then suddenly release them. When you pull out the pin, hold the grenade for three seconds, then throw it against your enemies.

Your enemies won’t have enough time to defend themselves, so it becomes easy for you to wipe out the entire gang. Try using smoke grenades to block their sight and get out quickly.

What are the rules of PUBG?

How do you level up fast in PUBG Mobile?