Home » Elon Musk Says Three Issues Must Be Resolved Before His Twitter Buyout Can Go Ahead.

Elon Musk Says Three Issues Must Be Resolved Before His Twitter Buyout Can Go Ahead. Elon Musk says there are three main hurdles to overcome before he can complete his purchase of Twitter.

Musk is seeking to buy Twitter for $44 billion, a mega acquisition with enormous implications for the social media world, given the Tesla and SpaceX CEO’s controversial stance on content moderation and freedom of speech.

But the deal’s fate has become more uncertain in recent weeks after Musk threatened to walk away, citing concerns over the number of fake accounts on the platform. The billionaire could face a $1 billion breakup fee and possibly even lawsuits if he were to abandon the deal.

Speaking at an event hosted by Bloomberg on Tuesday, Musk said there were several “unresolved matters” that will need settling before he can move forward with the takeover.

Musk has made no secret of his concerns about the number of fake accounts on Twitter. Attempts to manipulate social media platforms with fake accounts and bots aren’t exactly new, but Musk says he wants more clarity from Twitter on how many of its users are genuine.

Public disclosures from Twitter place the number of false or spam accounts at less than 5% of its “monetizable” daily active users. Musk is doubtful. On Tuesday, he said it’s “probably not most people’s experience when using Twitter.”

“We’re still awaiting a resolution on that matter, which is a very significant matter,” he said.

The second major roadblock facing the Twitter transaction, according to Musk, is the portion of debt required to finance it.

Musk in May committed to paying the company $33.5 billion in cash. He has also received $7.1 billion in equity financing commitments from investors, including Oracle co-founder Larry Ellison and the crypto exchange Binance.

Musk says the remainder of the funding will come in bank loans, but how exactly this will play out remains uncertain. Despite being the world’s richest person, much of Musk’s wealth is tied up in Tesla stock. He has sold and pledged billions in Tesla shares as collateral for the loans.

The final hurdle for Musk to clinch his acquisition is approval from Twitter’s shareholders. Investors are expected to vote on the deal in late July or early August.

Whether or not Musk will get enough support for the buyout remains unclear. Last month, some Twitter shareholders sued Musk and the company over the process’s chaotic handling.

“Will the debt portion of the round come together? And then will the shareholders vote in favor?” Musk said Tuesday.

These — along with the issue of fake accounts — are “the three things that need to be resolved before the transaction can complete,” he said. 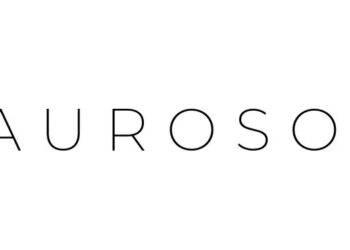