Home » How To Get Better At Basketball: 6 Awesome Tips

by Admin
in Sports
0 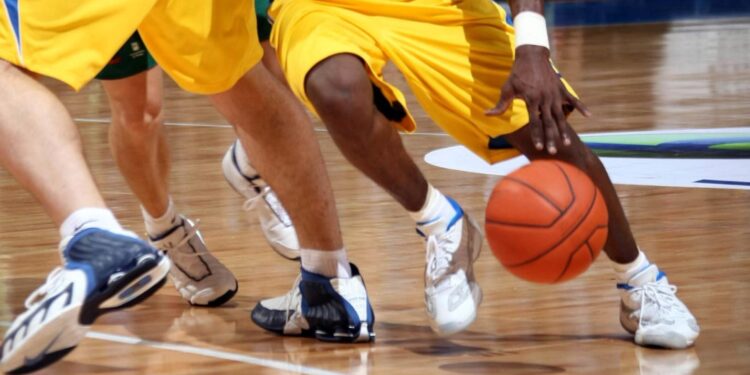 They say that 80 percent of Americans don’t exercise enough. To make matters worse, that number doesn’t just refer to American adults — it refers to adults and children.

Playing sports is a fantastic way to make friends and get fit while having fun. And if you’ve been dreaming of draining threes like Steph Curry, you may have a particular interest in playing basketball.

That being said, shooting hoops isn’t any fun when you’re being outplayed. With the help of our tips, however, you can learn how to get better at basketball in a hurry. Keep reading to find out more.

When you turn on the TV to watch an NBA game, the six and seven-foot giants are hard to miss. But you don’t have to be an athletic freak of nature to become a good player.

Do you have a low center of gravity? Maybe you’re a natural post player.

Do you have a knack for seeing plays before they develop? You could have a talent for playing disruptive defense or running the point.

None of this means that you can’t defy the odds. Nate Robinson won the Slam Dunk contest despite being less than six feet tall. However, if you can honestly evaluate your strengths as a basketball player, you’ll be in a better position to help your team.

In the NBA, there are a few franchise-level players, like LeBron James or Michael Jordan, who are pretty good at doing everything.

They can defend. They can hit important shots. And if you give them a healthy roster and some tenacious rebounders, they will singlehandedly take you to the playoffs.

Most players aren’t at that level. So instead of trying to be highly skilled at everything, they specialize.

Every championship team has a player that can shut down opposing stars. Every team has someone with a talent for setting picks. There are folks like Steph Curry who become so good at draining threes that you can build an entire team around their skill set.

Pull out the list of natural strengths that you identified in step one. Pick two or three basketball skills that you’re going to become extremely good at. Laser-accurate shooting alone can get you added to a lot of teams.

Even though the stars make playing basketball look effortless, every player has developed their talent the same way — they practiced.

Steph Curry has likely taken thousands, if not millions, of shots in the gym. The star on your high school team likely spent hours perfecting his or her dribble.

You wouldn’t expect to paint like Leonardo da Vinci without learning the basics of art. And basketball is no different.

If you want to become good at basketball, you’ll need to do the work.

4. Level up Your Basketball Gear

You could have all the talent in the world. But if you’re driving a turn-of-the-century Model T while everyone else is driving the latest Nascar model, you’re doomed to finish in last place.

Basketball is no different in this regard in that you need to hit the court with the right gear. But while you may not need a ton of equipment, you do need a great pair of basketball shoes.

Despite what some people might say, not all sneakers are fit for basketball-playing purposes. Basketball is full of sprints, direction changes, and sudden jumps. And in a game where milliseconds can be the difference between a basket and a blocked shot, you need a shoe that’s supportive and durable.

You can shop here for Jordan 4s, but there are many brands out there to choose from. You’ll be surprised at how much more effective you’ll be when you have the right shoes.

Basketball is a game of either four quarters or two halves. However, it’s not unusual to see people jogging up the court and panting before the period is up. In many cases, the most productive players are the ones who are in better shape than everyone else.

With a solid conditioning regimen, you could be the person who’s sprinting up the court on a fast break.

In addition, you’ll be able to jump higher, run faster, and respond more quickly to what’s happening on the court. Getting into better shape will make you a better basketball player almost by default.

Michael Jordan was so popular that there were commercials telling viewers how they could be “Like Mike”. Steph Curry has inspired a whole generation of basketball players to start letting it fly from the three-point line.

Even if you never plan to play college or semi-professional basketball, you can still learn a lot by seeing how the professionals play. How do they get past defenses? What tactics are they using to secure rebounds when a teammate is taking free throws?

The professionals are in the NBA and WNBA because they’re the best on the planet at what they do. As you get more comfortable breaking down the game, you’ll find yourself using professional-level strategies when you play.

This Is How To Get Better at Basketball

Playing basketball is a fantastic way to get fit, make friends, and unleash your inner competitor. But when you’re dribbling off your foot, missing layups, and generally struggling to help your team, it becomes a lot less fun to play.

Armed with the basketball tips we’ve just provided, becoming a great player isn’t impossible. In fact, with practice and a good pair of basketball shoes, you could be the star of your team. 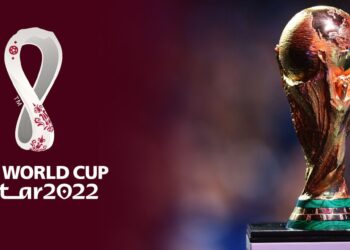 You might be wondering how the FIFA World Cup in Qatar is going to be the most expensive ever. After...

Why Motorcycles are the Biggest Trend in Shipment Right Now

How to Customize Youth Soccer Uniforms